Listen to the books! We are creating an audio version of the book with a difference.

The downloads will become available below as MP4 files.

Elgred: One of the original four gods and the most powerful. He is ageless having been at the beginning of all creation. He is a lenient, kind being, but he is not beyond the manipulation of things and people to reach the end that he wants. His part in the story is the watcher, influencer and creator of all that happens.

Charina: She is Elgred’s Cohort and as such is as ageless and almost as powerful as he is . She is considered, on earth a being of utter beauty. She like Elgred is kind and caring yet also can be manipulative. Her part in the story is that of aiding Elgred

Framin: He is a fierce, dark being. He is form a world in the galaxy that was early in the overall evolution of beings. He was once one of the most trusted servants of the four but he fell from their favour. He is ancient though not ageless.

Elji: Elji starts as a 16 year old boy/man, innocent in the ways of the universe at this stage. Though still thoughtful and inquisitive. He transposes into a male in his late-ish twenties who gains massive knowledge and power and influence.

Dregar: Dregar is a helper of the four and from a different time and galaxy. He has a vast understanding of the universal essence and can manipulate the time lines and outcome of situations. He is a scholar in the main but a fighter also.

Gwilliar: Caldrian Elji’s brothers late twenties they have a few lines each early on in the book

Saloora: A young female warrior early twenties. Graceful and strong. Brought up by lions in a cave Her character runs through the book at different stages and she becomes the Love interest of “Bremen”

Bethrod: One of the 12 Gouarong, evil helpers of Framin and kings of certain parts of the planet He is a fierce warrior and strong king. His people are tall fierce Viking like people. He does have a sub plot to help undo Framis plans. He loves his wife and family and his people and desires peace.

Bremen: An early twenties man. He is the “god” of his people and has been given powers by Elgred and Charina to help them try and bring the voice of good to the world. He is learned beyond is years and a prophet like character, though he is tough and can fight. He is Loving and caring whose inters is for the benefit of mankind.

Ingria: A young village girl and an early love interest of Elji’s very

Jemba: A woman of the harood.

Koth: A male leader of the harood.

Cloin: Bethrod’s son and a warrior skilled at fighting and has a little knowledge of the essence. Early 20’s

Naimer: Cloin’s sister. She is a Drendrak (mage of sorts) and a warrior woman. Again 20’s She appears alongside Cloin.

Florin: Male in his 30’s He is one of the leaders of a band of sailors and men who try and protect the city of spires. Gruff but astute and caring.

Jalad: Florins father. Early 50’s strong kind and a leader by dint of deed and word.

Amaran: A being on the world of Quandium and the brother of dregar.

Ichancha: One of the original four gods. She is rediscovered as a young girl.

Shamshar: The leader of the Kuwali a desert people and makers of the Galrass. Ageless being.

Talisha: Shamshars daughter and to be Elji’s wife. Mid to late 20’s. she is knowledgeable and kind

The voice in the Galrass cave:.

Lhapso: The final one of the four. A powerful being. Ageless.

GET THE FIRST CHAPTERS
RIGHT NOW

Subscribe to Colin’s newsletter and receive special offers as well as updates on new and upcoming books. You also get the first several chapters for download on PDF. Enjoy! 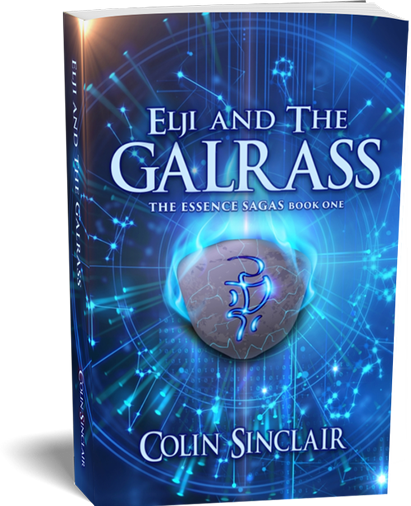 Get the first several chapters for download on PDF.