A look at Historical Fantasy from an Authors point of view 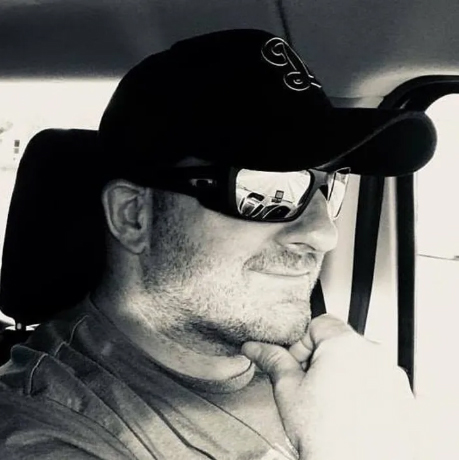 As mentioned in a previous blog there are many Genres in which an author chooses to write. I have here an explanation by Author Dean Jones on one of his books, he has four that are available, I have also read this book and it is very interesting to get the background on how the book came about.

This is what Dean has to say about his journey both to write the book and to get it to market.

The birth of Father of Storms came when I was working away in Cambridge, UK. I found I had lots of time on my hands and wanted to do something that didn’t involve drinking down the pub. So, I thought about writing a book. I had written before this, mainly short stories and poetry but nothing serious.

The story began with an idea, one which was triggered by a question I’d asked myself…what would happen if Jesus came back? Now I am not religious, I just happened to be watching a film which depicted a character with a lot of Jesus’ traits (less the beard and long hair) visiting and then helping a community.

My idea was much less sweet as I believed any returning deity would be vilified by the press to the point of character assassination. I let the idea ruminate and then when watching the video for Foo Fighters “Pretender” I got the idea for Seth, the main character of the story.

Now the idea of a Jesus type character soon disappeared as I couldn’t find the right words to describe this person plus I wanted the MC to have powers, beyond healing the sick and walking on water.

Lots of rumination followed with me tossing ideas around before I just started to write. The first chapter in my published book is pretty much exactly the same one I wrote down all those years ago. It was this that shaped the idea for Seth to a point where his attributes and principles where established in my head. One of the things most important to me is my family, I wanted this to be just as important to my MC too as if family is not worth fighting for then what is? I also wanted love to be a theme as I knew Seth would be waiting a very long time, so he needed that emotion to keep him going.

So, I now had the shape of a character, I just needed to know what he could do. As I am a huge fan of the fantasy genre I kind of took it for granted that this would be the one my book would slot into. Plus, this genre has much more scope for the fantastical and a 1200-year-old man who can manipulate the energy around him is certainly that. The energy bit is essentially because I have an interest in how energy connects us all together. I had read the Celestine Prophecy a couple of years before and the concept spoken about in this book stayed with me.

And so, the Spae were born, people who worked with the natural energy of earth. I will admit that the early drafts of their powers was a little bit more farfetched so I tamed this down slightly as I wanted it to feel more like something that could happen (I know it’s a fantasy book but I am a dreamer).

It took seven years to complete the first draft of the story, due to work and other life events, and the feeling of complete satisfaction and achievement was palpable. I was elated and believed that the hard work was now done…how wrong I was.

Editing a book is a painful and unpleasant experience but I knew it was necessary, so I ploughed on with the support of my partner, who has read the book maybe a hundred times. Together we ironed out most of the plot issues and removed 95% of the typo’s and spelling mistakes.

Having done this, I decided I wanted to publish the book immediately, after all, like they say in the movie ‘Field of Dreams’ “If you build it, they will come” so I figured, if I write it…they will buy it, right?

Erm…nope! I must admit, publishing a book is not what I expected it to be. When I began writing in earnest, I had grand dreams of becoming a traditionally published author, the next Neil Gaiman or Terry Pratchett. This dream kept me going through many years of writing and rewriting my novel to the point that when I finally completed the editing process I promptly self-published…

To this day I am not sure whether this was a good or bad idea, I was so impatient that I couldn’t wait the months it takes to query then wait for feedback about my book, I just wanted people to read it!

The process of creating the book was hard, editing tedious but the marketing! This now gives me nightmares, marketing a book is so much more time consuming and complicated than I ever expected.

I won’t digress into a rant about marketing but suffice to say, my advice for any new authors embarking on this writing journey is to be prepared to spend a lot of your time pushing your story to try to connect with readers. Even if you get a traditional publisher to take on your book this will likely still be the case (unless it’s a big publishing firm). As an author you will have to put effort in if you want to sell your book.

Anyway, back to Father of Storms. My first book was out there and available to buy, I ran some free promotions then found out that people have to know about your book to allow them to buy it (marketing). I used Social media to try to connect with readers but found writers all trying to connect with the very same readers I was. This meant we all ‘supported each other’ by trying to sell each other our own books. Some writers do occasionally pick up other writers books but there is a bit of snobbery in the business where traditionally published authors look down on those who self-published…I don’t know why as I have read a lot of self-published authors work and I have found some that are better than the big names you find in Waterstones or other larger book store shelves.

So, I am continuing my path, trying to connect with readers and get my stories out to them. I have discovered new things and new people along the way all making the journey that little bit more bearable. I think I would go about things differently if I had my chance again, but I don’t regret the way I chose to go as I have learned so much.

Writing is something I love to do, it brings me the opportunity to get the crazy ideas out of my head so that people can, hopefully, be as entertained reading them as I have been writing them down.

I haven’t mentioned “Reviews” which are incredibly important for any writer especially those of us trying to establish a name for ourselves. Just to conclude I would like to say a couple of things about this subject I have learned. If you have read a book (no matter how you got it) which you enjoyed then the best thanks you can give an author is to log on to your Amazon, Apple Books, Kindle, etc. accounts and drop a few lines to let other readers (and the author) know how much you enjoyed the story.

Books take hundreds of hours to complete, a few hours to read and only a couple of minutes to leave a review…yet the review carries more weight than the rest.

Here are some of his links